Construction from the Boxes to the Test Flight

The following is a chronicle of me building a Quicksilver GT400 with the list of extras. After looking at updates available we have come up with a nice little package to enhance the GT400. Having built a couple of Quicksilver GT500’s and a Sport 2S this was new territory for me, having owned a GT400 in my early years of flying (which I bought assembled). So although it is a scaled down Quicksilver GT500 there are similarities but many differences, so I have decided to put these pages together so you can see how easy it is to build and fly your own Quicksilver ultralight. Quicksilver kits are ideal for the “average joe” to build their own aircraft. You do not need an engineering degree to put a Quicksilver kit together, the assembly manual is easy to follow, and very straight forward. All but a few parts are pre-drilled and ready to assemble. It is not unlike the old “Meccano set”. Some sections are already pre-assembled. When you are finished you will have the satisfaction of building your own aircraft, and more importantly you will know every last nut and bolt that keeps you in the air. The aircraft can also be supplies as a factory built. Once assembled, you would, of course, get it checked out by an aircraft inspector before getting it registered.

The popular accessories to enhance the Quicksilver GT400 are: 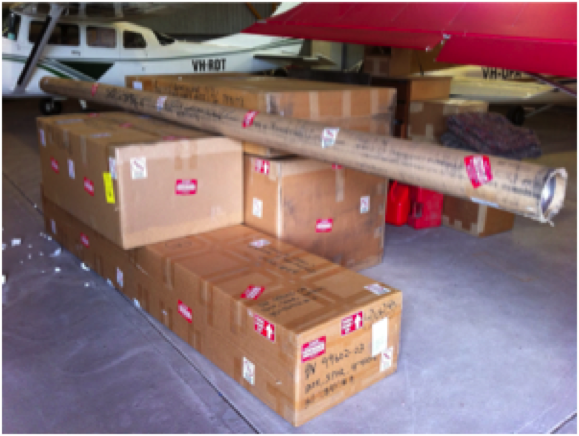 We started with the shipment arriving from the Sydney docks after spending a few weeks on the ocean from LA.

In theory these 4 boxes and a tube (plus some basic tools) could be dropped into the middle of Australia, and around 120 man (or woman) hours later, after adding some oil and fuel, you would have a fly-away aircraft. 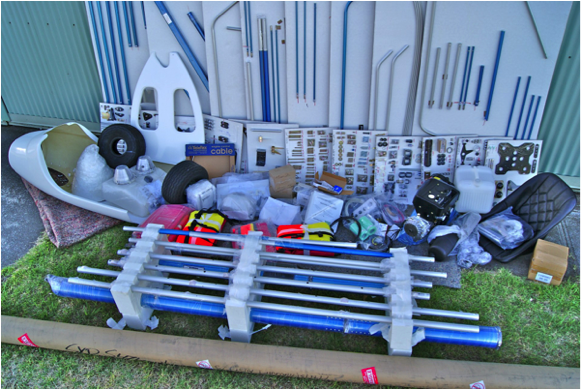 Most of the parts are on blister packs and are all numbered, to make for easy assembly. 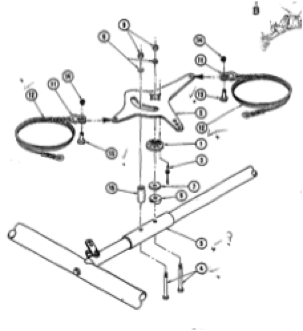 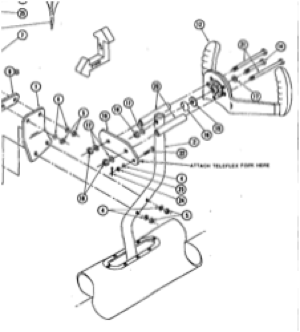 The assembly manual is well set out with exploded views of all the parts, with a description of what parts go in what order, guiding you through the assembly process. Most parts are pre-drilled. For most for the assembly the tools you will most use is a 3/8 and a 7/16 socket and spanner.

Assembly of the forward tube, axles, brake and wheel assembly.

Assembly of the root tube, aileron control and cabin frame.

Assembly of the rear tube, rudder, elevators and all associated hardware. This is probably one of the hardest bits of the assembly as the Dacron has very tight tolerances (but it does fit), so it requires careful reading of the instructions and most importantly patience. This stage and the flaps and ailerons are probably the most challenging.

Attachment of the rear tube to the main body, and align, measure and check it is square to the front tube, also attach and adjust elevator controls. Also attachment of the fuel tank and straps, and the flap handle controls, which will be on the main tube (like the GT500) instead of the root tube, due to the option of the GT500 wing fuel tank in the middle.

The ailerons and flaps are just as difficult as the tail end, with very tight tolerances, but they do fit. I found by spraying some INOX lanolin spray liberally on the tubes before pulling the covers on, will make for an easier fit. Also making sure the tops of the rivets holding the cross pieces are smoothed with a fine file will help as well.You need to bunch up the fabric and pull down to get the top in place first, then pull down and smooth out the snag points, before slowly and carefully doing up the zips. The spray dries out in a few days.

The internal wing structure was assembled, then dis-assembled and slid into the wing skin, then the skin was stretched to the right shape on the wooden rack. Wing battens were slipped into place, and aileron and flap eyebolts were attached. Internal bits were then attached to LE and TE spars. The second wing will take half the time. 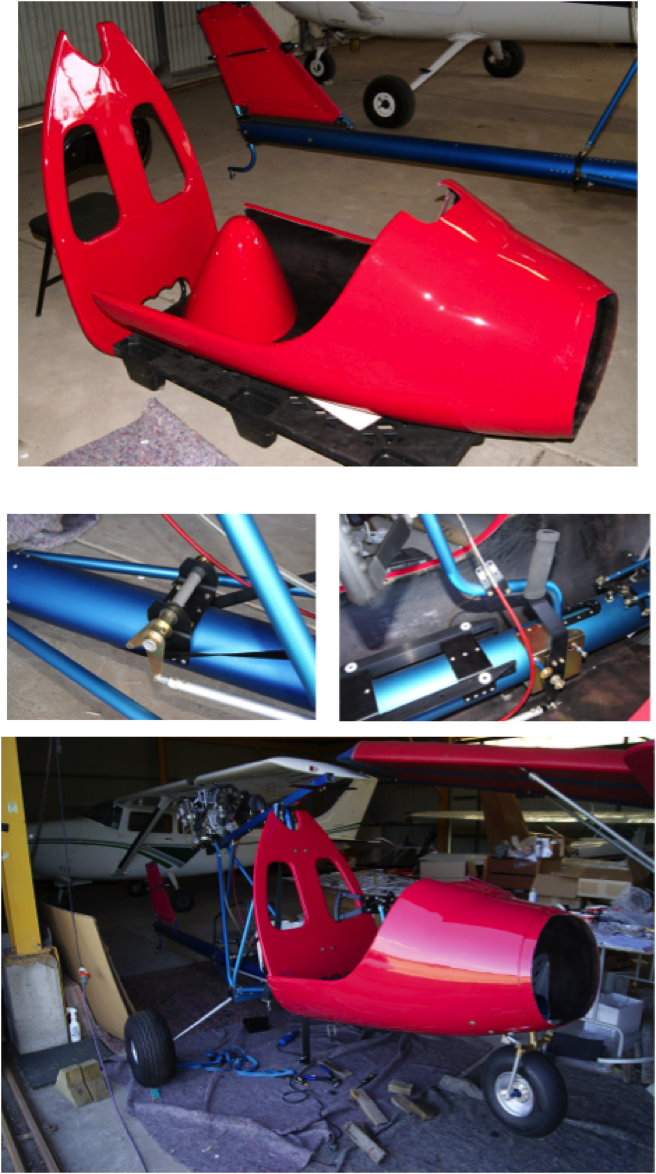 I just got the front pod and the backplate back from the paint shop.

Mal from M J’s Motorcycle Repairs did a great job with a 2 pack clear finish over red. He did a good match of the paint colour to the sails as well. This is going to look great.

The starboard wing is finished and the flap handle and connecting rod installed. The pod and backplate has been fitted, and will be working on the GT500 style windscreen next. Once again a bit of customising will be required. Finishing off the engine install after that. 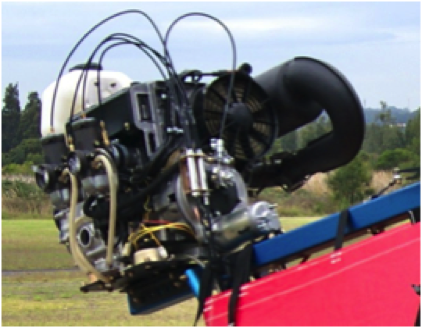 Fitting the GT500 style windscreen was a real pain, as the side rods had to be shorted to fit the shorter aircraft (which was not as simple as it sounds). Patience prevailed, it was time consuming but finally got it right. Looking good. Also the fitting for the removable nose cone went on. The instrument panel was also fitted to the pod, after cutting an extra hole to accommodate the compass. All ready for the instruments now and the wiring. What has been taking the longest bit with this kit is the customising and grafting of GT500 bits. The patience doing the extras is worth it, as the extra bits really do enhance an already good aircraft. 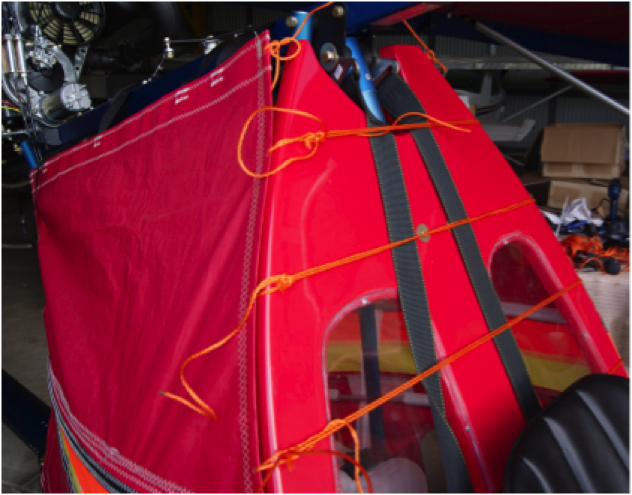 Fitting the rear pilot enclosure is a very tight fitting, so cord had to be attached to the holes for the rivets in the aluminium strip on the front edge to get it tensioned and placed right.  This was a two man job, and patience is required to get the creases out as you go and get front edge in the right place. It is also an easier job with a pneumatic riveter. 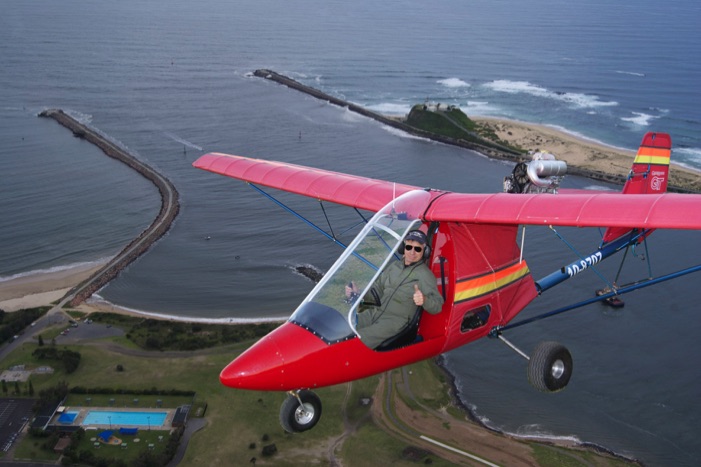 This page is dedicated to the construction of the GT400, but the principles are the same for the GT500 and Sport 2S and MX series.